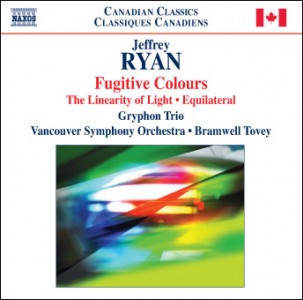 On 24 September, we launched Canadian Classics right here in Vancouver. This is a Vancouver Symphony Orchestra release of an all-Jeff Ryan album, Fugitive Colours, conducted by Bramwell Tovey. It is quite brilliant. We thank the Canadian Federation of Musicians for making it possible.

Canadian Classics will continue with music from 1800 to the present. This repertoire will be in vocal, piano, small ensemble, wind band, symphonic and -- ultimately -- operatic literature. We thank the many scholars and musicians who have recommended repertoire for this new series -- and especially thank manager Raymond Bisha, the Director of Media Relations for Naxos in North America.

This new series will take Canadian music to the world. The distribution reach of Naxos is enormous. City Opera Vancouver is proud to have proposed Canadian Classics, and grateful for Naxos' willingness to take it on. 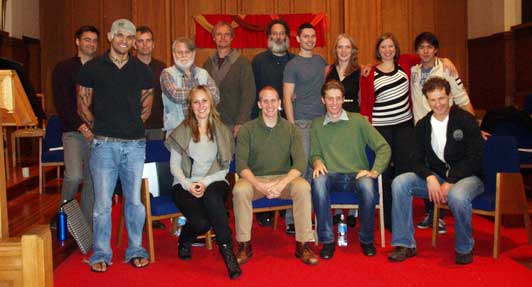 The $250,000 grant we received from the Annenberg Foundation is being put to good use. On 18 and 19 September we spent another two days in workshop. Composer Tobin Stokes and librettist Heather Raffo were joined by our cast, director John Wright, story consultant Christian Ellis, staff pianist Dr Greg Caisley, and the Board and friends of the company. Charles Annenberg Weingarten and Tom Pollak flew in from LA to see how we were doing with their opera. Dr Hilde Binford flew in from Pennsylvania to help. We focused on Act 1 only. Many thanks to Canadian Actors Equity.

It was magical. Wonderful. Deeply moving. Here's our workshop cast...

How To Make An Opera

On Monday 14 November, from 7:30 - 9pm, we present 'how we make an opera' to the good people of the Carnegie Centre in the DTES. We'll be joined by members of the Annenberg-Explore cast. 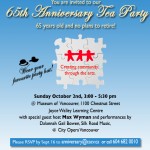 The Community Arts Council of Vancouver began life 65 years ago. Five years ago, we became an affiliate. They helped us get off to a speedy start.

On Sunday 2 October, at the Museum of Vancouver in Vanier Park, they're having a tea party in celebration of their refusal to retire. City Opera artists Kathleen Morrison (soprano), Andrew Greenwood (baritone) and David Boothroyd (piano) will be performing. Max Wyman hosts. Please join us, and meet good friends. 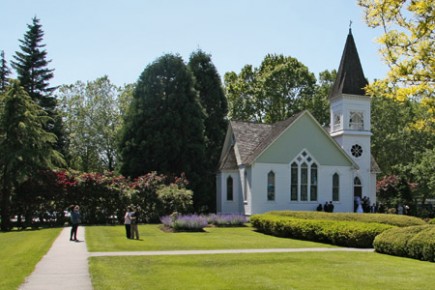 We've been asked back. Twice in one day.

At Richmond's heritage Minoru Chapel, 6540 Gilbert Road, we'll be appearing at 2 and 7pm on Wednesday 2 November. This is another of our many outreach concerts, and will feature Gina McLellan Morel, soprano; Willy Miles-Grenzberg, baritone; Richard Epp, pianist, and narrator Tom Durrie. All proceeds to our Production Fund.

A great friend of our company, impresario David YH Lui has passed away at age 67. This was 200 years too soon for a man of his gifts, vitality and imagination. David was also Advisor to our original Pantages Theatre Project, and to a dozen other groups in Vancouver. He was helping us raise money for Brokeback. This was a life of amazing accomplishment in the arts. Bravo and well done, David. 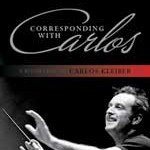 In 1989, our artistic director wrote a letter to the legendary, and famously reclusive, conductor Carlos Kleiber. He asked to study with him. The great maestro replied, and so began a 15-year correspondence, friendship and apprenticeship. On 16 November, a new book will be published in NYC about their unique connection, and the stunning musical genius that was Kleiber. Corresponding With Carlos: A Biography of Carlos Kleiber. ISBN-10: 0810881438. It has many good jokes.

CK was, perhaps, the most eloquent conductor who ever lived. If you've never seen him, here, one of his many small miracles - with the Vienna Philharmonic.