A Great Year For City Opera 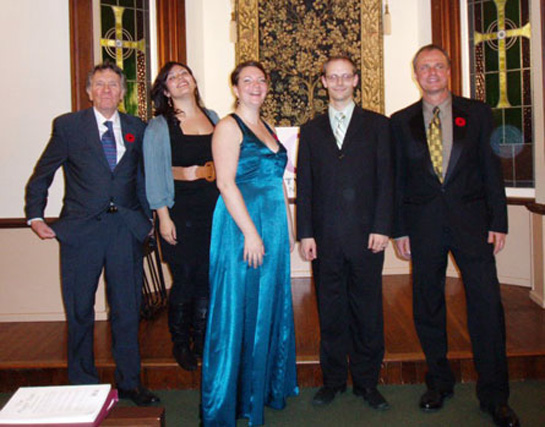 Thanks to you, your support, and your belief in chamber opera, this has been a great year for our company. In calendar 2011, we: 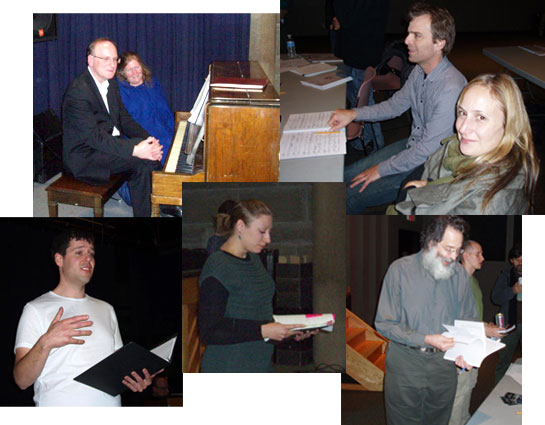 Above: 'Fallujah' workshop No. 3 at the Tom Lee Music Hall,
and the Carnegie Centre, November 13 and 14

If you like what we do, we ask your help.

To produce the operas we create, and re-create, and to continue to bring opera in concert across Metro, we ask your help.

We have also created a Commissioning Fund, and a Production Fund, to allow supporters to nominate gifts for work that you may feel particularly important. Anything you might contribute would be incredibly helpful.

2012 will be an exciting year for chamber opera in Metro Vancouver. Your help makes it possible. Thanks for considering us.

We believe in mutual aid. City Opera was delighted this year to be asked to serve as outside advisor in the creation of an important new opera, KHAOS, being produced by our colleagues at Nelson Community Opera and the Amy Ferguson Institute.

The Nelson premiere will be given at the Capitol Theatre on 8, 9 and 10 March 2012, with a possible held-over performance on March 13. KHAOS will tour thereafter. Music by Don Macdonald, and libretto by Nicola Harwood. www.khaosopera.com Contact: mar-lena@shaw.ca.

Our artistic director knew and studied with the legendary conductor Carlos Kleiber for 15 years. He has written a book about him. Corresponding With Carlos: A Biography of Carlos Kleiber, was released in NYC on 25 November.

Here, a small exemplar of unsurpassed elegance and phrase: Carlos Kleiber leading the Vienna Philharmonic in 1989.

And A Final Thanks...

to our wonderful Board, advisors, staff, stage and creative artists, our production partners, our business and community partners, our coaches and singers - and above all to you, whose generosity is helping build Canada's leading chamber opera company.

Happy Holidays to all, and thanks for all. A great year lies ahead.