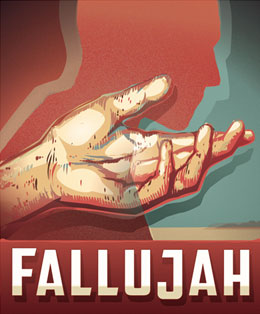 We have successfully concluded this two-year project. It began with a $250,000 commission from the Annenberg Foundation of Los Angeles, and its Explore.org affiliate. Inspired by the life and work of Christian Ellis, the music for this new chamber opera is by Canadian Tobin Stokes, and its libretto by American Heather Raffo. We have a major announcement in early July concerning its future. It will be quite something.

Thanks to a very generous grant from the City of Vancouver, and its Department of Cultural Services, we presented a special workshop version of FALLUJAH on May 11. We thank Rika Uto and Ethel Whitty at the Carnegie Centre, and the Carnegie Community Association, for their kind support and welcome.

The people of the DTES know all too much about the civilian side of PTSD. Last November, we did a sneak preview of two arias and a duet from FALLUJAH at Carnegie. The response was extraordinary. Because of this, we brought it back to a packed house last month - and learned a great deal. 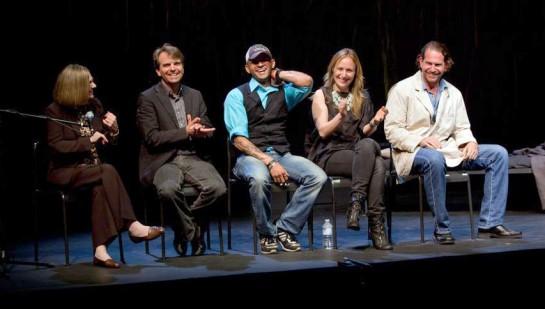 We concluded our workshop series on May 12 and 13 at UBC's Frederic Wood Theatre. On the final night we had some 300 invited guests observe, and give us their critical opinion in a one-hour Q&A, and by e-mail and Q-cards returned afterward. It was immensely valuable. 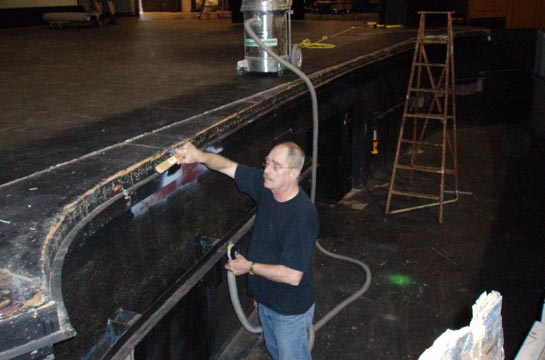 We bid a grateful farewell to Dr Harvey De Roo, our founding Secretary and a very active member of the Board since 2006. Harvey has written and edited programme notes, made titles, volunteered at numerous doors, cleaned out the pit, and made invaluable contributions to our Board meetings and Artistic Committee. Ours is a working Board, but even by that standard Harvey always went far beyond the call. He has now retired to Terri and the leafy lanes of Fort Langley, and we thank him - profusely.

...to our Board two new members, each of whom brings a powerful professional background and a deep love of opera. One is a well-known chartered accountant and CFO, and the other an expert in new media and intellectual property.

Jon Festinger Q.C. is a senior lawyer and executive with a focus on facilitating creativity in content-based businesses.

Jon arrived in Vancouver in 1981 as a graduate of McGill University Faculty of Law and began his legal career with the law firm Owen Bird. In 1989 he left partnership in that firm to become General Counsel of Western International Communications. In 1997 he became Senior Vice President with CTV Television as well as the founding General Manager of Vancouver Television. From 2005 to 2010 Jon was Executive Vice-President, Business & General Counsel of the Vancouver Canucks and General Motors Place. Jon has taught as Adjunct Professor at the UBC Faculty of Law, University of Victoria Faculty of Law, and the UBC Graduate School of Journalism. He was appointed a Queens Counsel (QC) in 2009.

Shamsh Kassam graduated from the University of British Columbia with a Bachelor of Commerce degree and obtained his Chartered Accountant designation while articling with KPMG. In January 1993, he joined WIC Western International Communications Ltd., which was a leading communications, broadcast and entertainment company. He held various positions, including Vice-President and Chief Financial Officer, and was involved in its acquisitions and divestitures. Mr. Kassam worked for CanWest Global Communications Corp., which acquired the television assets of WIC, and subsequently also acquired the Southam newspaper assets.

Mr. Kassam joined Stern Partners in 2002 and is currently Chief Financial Officer and Vice President. In addition to overseeing treasury functions, risk management strategy, and the group's insurance and benefits programs, he assists with corporate development and supports the financial and operational activities for some of the businesses controlled by Stern Partners.

RARE news for a Board. GREAT news for a composer. Dr Jaap Hamburger has won Associate Composer status in the Canadian Music Centre. It's a great personal honour for him, reflecting years of work, training and performance.

Very few opera boards enjoy the company of a recognized composer in their ranks. Today, we do -- and are very proud of it. Our is a working Board. It's great to have a working composer help us make decisions. Jaap joined the Board of City Opera on 2 April 2009. He is an equally distinguished interventional cardiologist at Vancouver General Hospital, and gives clinics and lectures around the world. If you've ever visited his composer's hut, you'll know what else he does with his time. BRAVO Jaap!!

As City Opera increases its capacity, we are inviting specialists to advise us. On 16 May we welcomed the well-known development director Corty Fengler. She led our Board and staff in a discussion of best practices, and much more.

Corty was for many years Director of Development at the San Francisco Symphony, and led a remarkable increase in annual giving and endowment. Last year, that endowment reached $262,000,000. Corty's 25-year career in philanthropy has included work as canon for development at Grace Cathedral in San Francisco, and director of development for the University of Pennsylvania Medical Center during its $1 billion campaign. We are extremely grateful for her friendship, time and advice.

We are delighted to tell you about the tremendous success our friends and colleagues at Nelson Opera have enjoyed with the world premiere of their new opera, KHAOS, by Don Macdonald and Nicola Harwood. They sold out, and had to add a performance. We were honoured to serve as outside advisor in the workshop process, and to congratulate producer Marty Horswill on their achievement. Watch for Hilary Clark's review in Opera Canada.

City Opera Vancouver wishes to express deep gratitude to the estate of the late Kitty Heller for a gift of $10,000 just received. She was an extraordinary citizen, a lawyer who fought tirelessly for human rights and fair play, and a woman who loved the arts.

We are so honoured to be able to work in her name and memory. Thank you, Kitty.

And thank you for reading this.