Best of the coming season - and year - to all our friends! The year just passed has been exceptional. We gave concerts and recitals, made a film, and concluded the two-year creation of Fallujah. Now, we build to an exciting new project...

It is a deeply moving story, set at Vancouver in the last week in the life of Pauline Johnson (1861-1913). She is dying of breast cancer, and visited by the people and spirits of her past. 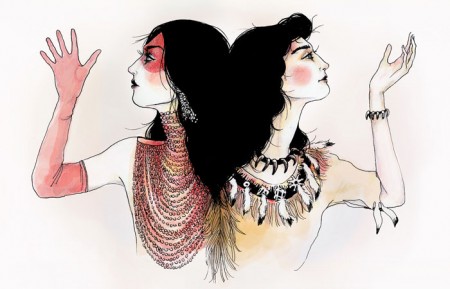 If what you know about her is The Song My Paddle Sings, you're in for a surprise. Margaret Atwood has long championed Johnson as one of our most daring Canadians, an independent woman generations ahead of her time - and a fascinating subject for an opera.

In her compelling profile in Walrus Magazine, writer Emily Landau tells us why Johnson was so important in her day -- and even more in ours. She was a new kind of Canadian.

Margaret Atwood has conceived this story, and written the libretto. It is at once brilliant and emotionally stunning. We hear the 19th C voice of Pauline Johnson, and the 21st C voice of Margaret Atwood, sharing a common realm.

This will be composer Tobin Stokes' fifth opera. How did we choose him?

We began with a wide review of Canadian composers. Eventually, we narrowed the field to three. Each was asked to set an aria from Margaret's libretto. On 20 April, at the Canadian Music Centre, Judith Forst sang all three. David Boothroyd accompanied.

Each composer had been assigned a number. Each aria was judged on its merits. Only after Tobin was chosen did the jury learn his name. City Opera thanks the two other composers for their very fine work, and Christos Hatzis for his early commitment to this project. 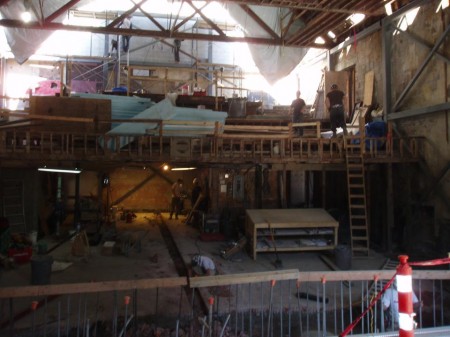 We plan to give the world premiere of Pauline in May 2014, at the restored York Theatre. 100 years old, the York is located at Commercial x Georgia, seats 371, and is managed by The Cultch. It's too early to assess the acoustic, but we have great hopes... and yes, there's a pit!

The production budget for Pauline is $300,000. We now welcome Radhika Yeddanapudi. She comes from a distinguished career leading NGOs in India and Washington DC, adores opera, and has agreed to serve as incoming Chair of our Fundraising Committee.

Would you like to help bring Pauline to life?
If so, please consider donating via CANADA HELPS online
or... if you wish, a cheque to CITY OPERA VANCOUVER
sent to us at PO Box 88393, Vancouver BC V6A 4A6.
all gifts are tax-deductible, of course / thank you!

Two years ago, the Annenberg Foundation of Los Angeles gave us $250,000 to create a new work about the war in Iraq, and about the dread consequence of PTSD that so often follows every war. We gave its final workshop on 13 May. It libretto is by Iraqi-American Heather Raffo, and its music by Canadian Tobin Stokes.

Eight months ago, the Foundation gave us another $100,000 to produce a film about the opera. That documentary, by John Bolton and Opus 59 Films of Vancouver, is now online. We invite your comments. 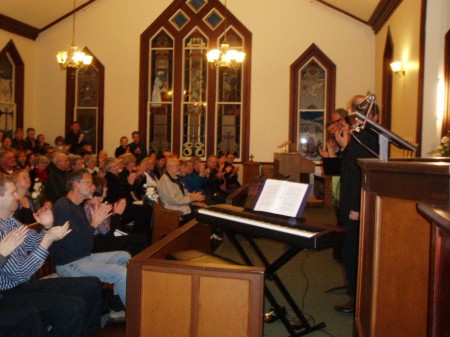 We were delighted to again appear in the City of Richmond's Opera at Minoru Chapel series. We gave something new: VIVA VERDI! created by Tom Durrie and David Boothroyd. On 7 November both shows sold out.

City Opera at The Kay 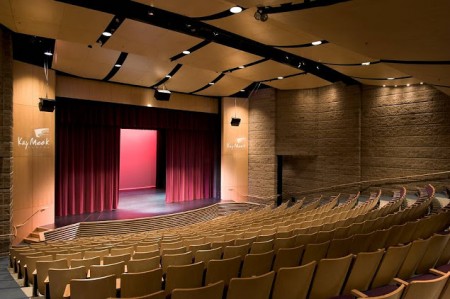 This week we signed an agreement with the Kay Meek Centre in West Vancouver. Starting on 6 October 2013, we begin a two-year series of opera in concert and recital. In the 400-seat Kay Meek Theatre, we'll be presenting a wide horizon of music that will dazzle and move our audience.

Kay is a jewel located at 15th and Mathers, easily accessible on the North Shore and (depending on traffic) 14 minutes from downtown.

Today, we release a new video. It looks at the first five years of our company, and the next five to come. It may be seen here, and runs 05:47.

Produced by John Bolton and Opus 59 Films, it examines our many recitals and concerts in the DTES and Metro Vancouver, our productions of A Singalong Carmina Burana, The Emperor of Atlantis, Sumidagawa & Curlew River, Fallujah and, in May 2014, Pauline. The video is also posted online at our website.

In late March, at Dunbar Heights United Church, we will be holding auditions for Pauline, and for our new City Opera at The Kay series. In January, please consult our website, and our Facebook page, for more details. 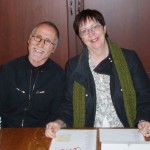 Ours is very much a working Board, but Hazel Currie went beyond every call.

After four years' achievement on our Board - as Treasurer, then Secretary, and Box Office Manager, Director of Volunteers, Director of Board Recruitment, and first Chair of the Fund-Raising Committee - Hazel has decided to reintroduce herself to Marcel, her husband. She will begin 2013 by retiring from the Board, and spending some completely wasted time in their new place at Whistler. What a choice.

Hazel... words cannot describe our gratitude and our appreciation for everything you have done for City Opera. 10,000 thanks barely begin to do so.

Just confirmed: we will be performing at the Homeground Festival on Friday 1 March 2013. 4pm at Oppenheimer Park, DTES. Free, of course, and great fun for all. Details to come on our FB page, and through the Carnegie Centre. You're invited!