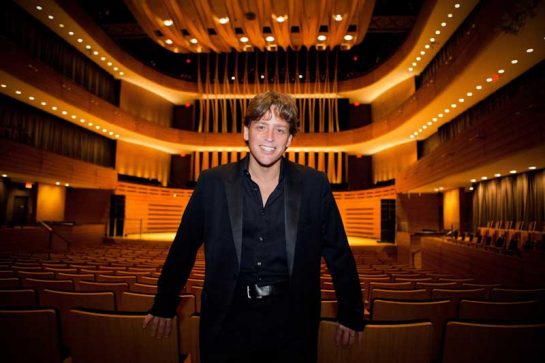 We are thrilled that Canadian composer Brian Current will contribute his gifts to Missing Women. Brian is an exceptional talent, and a marvelous story-teller in music. He was chosen by a Jury using City Opera’s anonymized process. We thank the Jury for its immense contribution to Missing Women, and to the story that librettist (and jury member) Marie Clements has given us.

“Marie and I hit it off right away,” said Current. “I could sense immediately that we were on the same wavelength. Her writing was so vivid and filled with such longing that it cried out to be set to music. I can’t wait to work with her further.”

“I am extremely excited to work with Brian,” added Clements. “He instantly understood what we are trying to achieve. His music is beautiful and tells a powerful story.”

Added Current, “The story of the missing and murdered aboriginal women of Canada must be told immediately. It is an unspeakable tragedy for our nation that is still largely, and unconscionably, invisible to the wider public. 1250 women. Imagine if 1250 non-aboriginal women disappeared all at once from Ottawa or Quebec City or Victoria.  There would be an urgent and international outcry.

“Our goal in writing this piece is to humanize these women and their families and to show that each and every one of these missing women is deserving of our heartbroken attention. Each death is really one hundred deaths, as it affects all those who have loved and cherished the victim, often since infancy.

“As cultural boundaries have surely played a role in our national silence about these missing women, one of our goals is to use both native and non-native language alongside music to build a bridge between the cultures. I look forward to working with the entire City Opera and Pacific Opera family alongside their First Nations partners in the creation of this work, and I am very grateful for the opportunity to play a small part in bringing this important piece to life. I urge everyone to visit the CBC website devoted to the missing: cbc.ca/missingandmurdered .”

NEXT: The Glory of Italian Opera… shining on Wednesday →