The Glory of Italian Opera… shining on Wednesday

We have an exceptional concert for you:
The Glory of Italian Opera, this Wednesday evening.

From the nation and the culture that invented opera, City Opera Vancouver has drawn a superb concert of Rossini, Donizetti, Puccini, Verdi, Ponchielli, Cilea, Leoncavallo and more.

It features some of our finest artists, at an event centuries in the making.

It is an opportunity for you to enjoy greatness again, and to bring with you children and grandchildren and welcome them to the world of extraordinary music. Please join us. 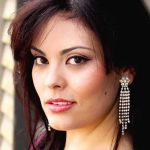 Known for her powerful soprano in dramatic roles, Mexican-born lyric soprano Shadan Saul has most recently been seen in the part of Hanna Glawari in UBC's production of Franz Lehár's The Merry Widow. Shadan was chosen by Monserrat Caballé to take part in her Gran Finale concert in Zaragoza, Spain. She also had the privilege to have been chosen by Mirella Freni to take part in her Masterclass series in Modena, Italy. She has sung Mimi in La Bohéme on tour in the Czech Republic and at Bard on the Beach. She has been cover for the lead roles of Suor Angelica, Rusalka, and Donna Anna and performed in various excerpts playing the parts of Rosalinda and Violetta. 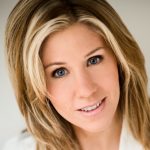 Canadian mezzo soprano Barbara Towell is known as a superb singer and musician. Her ease in a variety of repertoire from opera to art song to jazz puts her on the leading edge of the ever-changing world of classical music. Barbara has appeared with Vancouver Opera in La Traviata (Flora), Die Fledermaus (Ida), and The Barber of Seville (Berta), as well as in numerous comprimaria roles. She has sung in concerts throughout Italy as well as locally in oratorio and recital. Barbara’s passion for the music and the craft of singing shines through both in large opera houses and intimate settings. 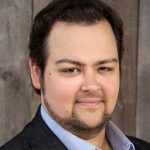 Sunny has performed leading roles in opera in the Czech Republic and in Vancouver. He sang with Burnaby Lyric Opera, and Don José in Carmen with Festival Opera de St. Eustache in Montreal. Sunny was a district winner in 2012 in the Metropolitan Opera National Council Auditions, and recently sang in the final concert at the Montserrat Caballé Masterclasses in Zaragoza, Spain. Sunny received accolades for his recent creation of the leading role in Vancouver Opera’s Stickboy.

Acclaimed for a voice of seductive texture, focused and round with a creamy elegance, Andy has performed numerous operatic roles throughout Canada and Europe. Recent engagements have included Amonraso in Aida, Zuniga in Carmen, Enrico in Lucia di Lammermoor, Marcello in La Bohème, and Figaro in The Barber of Seville. He was The Emperor in City Opera Vancouver’s highly acclaimed production of The Emperor of Atlantis. Also in demand in concert and oratorio, he has recently sung leading parts in Messiah, Beethoven’s Ninth Symphony, and Handel’s Theodora. 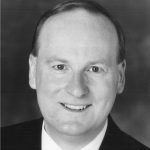 David Boothroyd served ten years as Music Director for Burnaby Lyric Opera, and remains vocal coach with the UBC Opera Ensemble. He now serves as company pianist and principal coach with City Opera Vancouver, and maintains an active free-lance career. Originally from Nova Scotia, he coached and conducted for ten years at the Banff School of Fine Arts before moving to Vancouver in 1991. Since then he has worked extensively with Vancouver Opera in main-stage and Opera in the Schools productions. During his thirty-five years in opera he has coached or conducted full productions of most of the standard repertoire plus many lesser-known works, and has assisted in the development of many newly-composed operas. 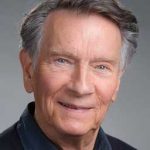 Tom Durrie’s career in opera began at the tender age of nine when his parents took him to see La Traviata. Tom went on to study Theatre Arts and Music History in university. In the 1970s, for Vancouver Opera’s Opera in the Schools, he was program creator, translator, narrator, and stage manager. Since then Tom has been Artistic Director of the Hornby Festival on Hornby Island, and General Manager of the Pacific Baroque Orchestra. In addition to producing and hosting concerts for City Opera Vancouver, Tom lectures on opera for Simon Fraser University Continuing Studies.

THE GLORY OF ITALIAN OPERA