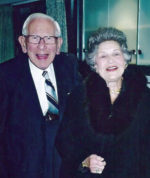 “We just received our first-ever challenge grant,” City Opera President Janet Lea announced today. “This breakthrough results from The Edwina and Paul Heller Memorial Fund offering to match any new gift for our production of The Lost Operas of Mozart -- up to a total of $25,000.

“New support for this project will be doubled,” Lea said. “It’s a fabulous vote of confidence in City Opera, in our friends and donors, and in The Lost Operas of Mozart. We are grateful beyond measure to be able to do this in the names of Paul and Edwina Heller. Their support for great music is legendary in our city. We are honoured to become part of their tradition."

Any amount you contribute will be doubled, between now and closing night.

All donations receive a tax receipt, a personal thank you, and the 'premiere' of a Mozart opera.

A benefit for the Wolf

Join us with a beer in celebration of our fall debut -- The Lost Operas of Mozart -- at our first fundraiser event on Tuesday Sept 27.

In tribute to Mozart's love of beer gardens, and his belief that opera is for everyone, we bring beer and opera together -- with live opera performances, a chance to meet the conductor, and a sneak peek at the stunning costumes.

Food tasters provided throughout the evening with one complimentary beer.

The lost operas of Mozart: Found! 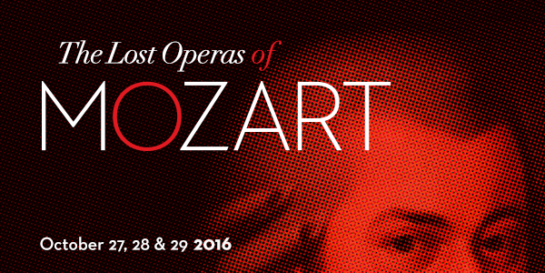 The comedy hit of the season comes to Christ Church Cathedral at 8pm on 27, 28 and 29 October. City Opera presents three operas Mozart began, but never finished. Their music is wondrous. Based on a concept by stage director Alan Corbishley, and a new script by Maria Reva, these Lost Operas promise to be a joyful discovery, and a bizarre and comic evening.

and introducing Bramwell Tovey as The Impresario

Online at Brown Paper Tickets
In person at Sikora's • 432 West Hastings
At the door at Christ Church Cathedral
General Admission $48.00... all fees included

Care for a sneak preview? Here it is… 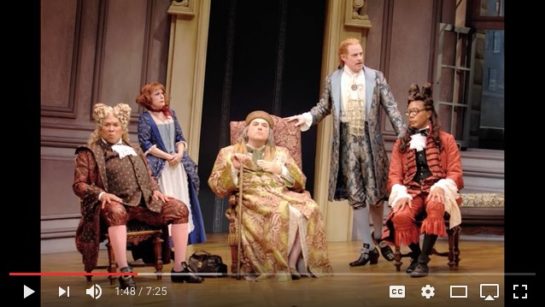 A great heads-up in the Straight

City Opera held its Ninth Annual General Meeting on 15 September 2016. Members and friends of the Society received annual reports from our President, Treasurer, General Manager, and Artistic Director. They also heard Robyn Driedger-Klassen and Elaina Moreau, accompanied by David Boothroyd, perform excerpts from The Lost Operas of Mozart. Costume and set designer Ines Ortner presented her vision for the show. 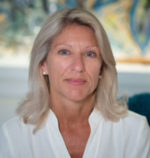 We welcome Nicola Brailsford to the Board. Nicola joins us from a long and successful career in real estate management, and in philanthropy. Today, she serves as Trustee and CEO of the Leon Judah Blackmore Foundation. “I am looking forward to serving on the board of such a progressive opera company. They have pioneered story-telling from Nazi camps to 15th C Noh plays to Mozart, to Pauline Johnson, Fallujah, and soon Missing Women. It is exciting to support this level of work in the arts,” Brailsford said.

We are honoured by our first grant from Telus Communications: "At TELUS, we give where we live through the power of technology to improve people’s lives in our local communities. We are passionate about working with organizations like City Opera Vancouver that inspire creativity and contribute to our city’s cultural fabric. TELUS is proud to support its innovative production, The Lost Operas of Mozart, with a $5,000 donation. Since 2000, TELUS, our team members and our retirees have contributed $440 million and volunteered more than 6.8 million hours to drive strong social outcomes where we live and work. Learn more at telus.com/community." 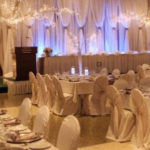 The emphasis is on comedy. Tickets $20 at the door. See you there! 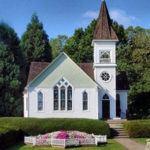 At 2pm, and again at 7:30pm, join us for a City Opera Christmas. Featuring soprano Elaina Moreau, tenor Spencer Britten, pianist Roger Parton, and host Tom Durrie, we offer 90 minutes of the spirit and fun and traditions of Christmas, here and around the world. All seats $20 at the door.

PREV: ← The Glory of Italian Opera… shining on Wednesday