Missing may be the most important work we have ever done. It is timely and true, difficult and necessary. Animated by the magical realism of librettist Marie Clements, the powerful and moving music of Brian Current, and directed by the masterful Peter Hinton, it is like nothing we have done before. 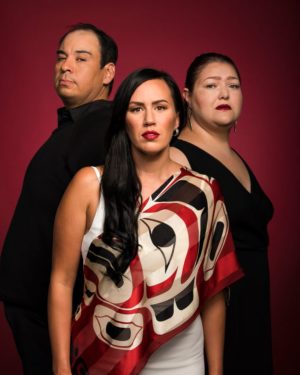 Missing tells a story everybody knows, about a woman no one remembers.

Set in Vancouver and along the Highway of Tears, this music drama is being created to give voice to the story of Canada’s missing and murdered aboriginal women and girls, and to show that each and every one of these missing people is honored.

“The story of Missing can’t answer the questions I’ve been asking my whole life; but I am hoping it will join other voices who are asking the same questions, telling their stories, and demanding an end to what should be unfathomable.”
- Marie Clements, Librettist

The chamber opera follows the fate of two young women – one Indigenous and one non-Indigenous – whose lives become tragically intertwined.

Missing is produced by City Opera Vancouver and Pacific Opera Victoria, in partnership with Vancouver Moving Theatre/DTES Heart of the City Festival.

From our friends at the Firehall Arts Centre: Only Drunks and Children Tell the Truth 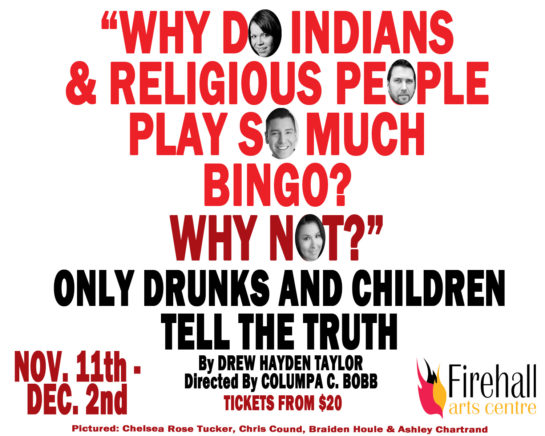 Written by celebrated Indigenous playwright Drew Hayden Taylor, Only Drunks and Children Tell The Truth is the gripping account of the “60’s scoop” phenomenon, in which Native children were taken from their families, their communities, and their culture to be adopted into white households. This comically rich and devastatingly truthful production, first produced by the Firehall in the 90’s, is an unforgettable piece of Canadian theatre. “…a remarkable play that has something to say and says it well.” Tony Seed – Shunpiking

Save on Vancouver Opera's Turandot

NEXT: What the Globe and Mail, CBC and Vancouver Sun are saying about MISSING. Opens tomorrow. →