Nigredo Hotel Now Open For You 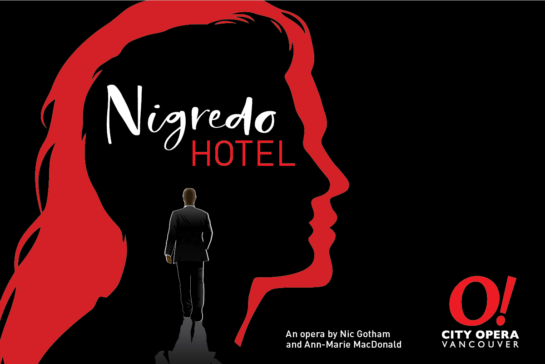 What is Nigredo Hotel?

It is a brilliant Canadian chamber opera, in one act. With music by Nic Gotham, and libretto by Ann-Marie MacDonald, it depicts an encounter between a beautiful but crazed woman who runs a shoddy hotel, and a brain surgeon who takes refuge there after he crashes his car. It is also brilliant combat between two of the most unusual characters in 20th C opera. Psychological thriller, mystery story, sarcastic and sweet, witty and strange, it is like nothing City Opera has done before.

The music? Strong. Driving and tonal, jazz-inflected and satirical, beautifully conceived for the human voice, and all backed by a four-player combo.

“Nigredo made a big impact on the Canadian opera scene. It played to non-traditional audiences (at the Tarragon Theatre, no less), and proved that you didn't have to break the bank to do something topical and original. It won awards and traveled to Britain. It made chamber opera seem hip.”– Robert Everett-Green, The Globe and Mail 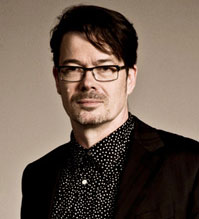 Born in England, Nic Gotham emigrated to Canada. In the 1980s, Nic burst onto the downtown Toronto scene with his jazz-funk group Gotham City. He co-founded and was Artistic Director of the improvising chamber orchestra Hemispheres, and created the saxophone quartet Forty Fingers.

Together with librettist Ann-Marie MacDonald, Nic wrote his first opera, Nigredo Hotel (1992), one of the most frequently performed Canadian operas, with some hundred performances on three continents. In 1998, Nic moved to Latvia where he taught jazz harmony and theory at the Riga Cathedral Choir School from 2003. In 2009 he joined the Latvian Academy of Music, and in 2012 was awarded a PhD in music from Brunel University in London.

Nic's primary interests were chamber music and music theatre. He composed some fifty works for such groups as the Vancouver Chamber Choir, Tapestry New Opera, Arraymusic, Riga Saxophone Quartet, the Latvian Radio Choir, Evergreen Club Gamelan, and Gaudeamus. His last compositions included the ballad Barbara Allen, with plans for a third opera, based on Rebecca West's novel Return of the Soldier. gothamnic.com

Ann-Marie MacDonald is an author, actor and playwright who attended Carleton University before moving to Montréal and the National Theatre School. In Toronto, she acted in Dreaming and Duelling, Generals Die in Bed, and St Sam and the Nukes, and appeared in Canadian films including The Wars and Better Than Chocolate, and won a Gemini Award for Where the Spirit Lives.

Ann-Marie co-created and performed in This Is For You, Anna; Nancy Prew: Clue in the Fast Lane; The Attic, The Pearls, and Three Fine Girls, and More Fine Girls. Her first solo-authored play, Goodnight Desdemona (Good Morning Juliet) was honoured with the Chalmers Award, the Governor General’s Award, and the Canadian Authors’ Association Award. Her other dramatic work includes The Arab’s Mouth, Nigredo Hotel, the book for the musical Anything that Moves, and Belle Moral: A Natural History.

In 1996 Ann-Marie’s first novel, Fall on Your Knees, was an international bestseller, since translated into 19 languages. The Way the Crow Flies was published in 2003. A finalist for the Giller Prize, it has been translated into 13 languages. annmariemacdonald.com

Meantime... can you help?

Even chamber opera costs money. We gratefully thank those who have already contributed to our production budget of $125,000 - but there is still money to be raised, and we want to keep ticket prices as low as possible. Can you help? Raymond, Sophie, and City Opera will be terrifically grateful.

A cheque to ‘City Opera Vancouver’, PO Box 88393, Vancouver V6A 4A6 will lead to a tax receipt and many thanks.

The same result will obtain through Canada Helps.

Our friends at Opera Canada...

publish Canada’s leading magazine in the art we practice and love. Opera Canada Magazine is a nonprofit that provides invaluable service to the opera community here and beyond – including cover stories about City Opera commissions. Recently, they have expanded their online offerings, reviews, and calendars. It is terrifically exciting to see how much wonderful opera is being made in Canada. Opera Canada Magazine, for decades, has helped make it possible.

We ask you to consider taking a subscription. The publication will connect you with news about Canadian performances and artists. A subscription will assist them to expand their readership and financial base. 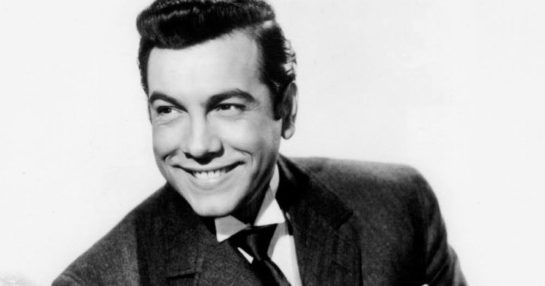 Our new concert project will be given at Il Centro / The Italian Cultural Centre at 7pm, Thursday 26 July, on the piazza. Grandview x Slocan. Free to all.

We thank CREATIVE BC, the Government of British Columbia, IL CENTRO: The Italian Cultural Centre, and METRO VANCOUVER for their support.

NEXT: Nigredo Hotel now open for you →