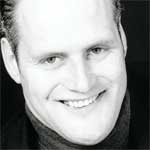 Andrew’s recent Canadian operatic performances include the title role in Rigoletto for Opera pro Cantanti; Germont in La Traviata, in concert with Pacific Singers; Count Almaviva in the Okanagan Vocal Arts Festival’s production of le Nozze de Figaro; Marcello in La bohème for UBC Opera, Figaro in Il barbiere di Siviglia for Vancouver Island Opera; Monterone in Rigoletto for Pacific Opera Victoria; Danilo in The Merry Widow for Burnaby Lyric Opera; a guest appearance with UBC Opera in the title role of Eugene Onegin; and the roles of Prince Yamadori and The Imperial Commissioner in Madama Butterfly for Vancouver Opera.

Additional Canadian appearances include King Alonso in Hoiby’s The Tempest at Pacific Opera Victoria; Morales and El Dancaïro in Carmen; Angelotti in Tosca; Burnaby Lyric Opera as Figaro in The Barber of Seville; Dandini in Rossini’s Cinderella; Malatesta in Don Pasquale; Peter in Hansel and Gretel; and, for UBC Opera, as John Proctor in The Crucible, Smirnov in William Walton’s The Bear, and Peter in Hansel and Gretel.

Recently in Germany Andrew performed the role of Rigoletto at the Stadttheater Hildesheim. In 2001 Andrew gave the role of John Proctor in the Czech Republic premiere of The Crucible, and as Escamillo in Carmen, and Germont in La Traviata, at the Prague State Opera. Additional European credits include Marcello in La bohème for Opera Studio de Genève, Switzerland, and The Ferryman in Benjamin Britten’s Curlew River in Lausanne, Switzerland and Cuenca, Spain. 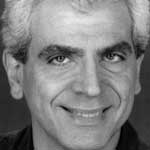 John has performed chorus or solo work in locations from Lincoln Center in New York to the Salt Lake Mormon Tabernacle, and at the Concord Pavilion in the San Francisco Bay Area. He played the comic character Don Attilio in the San Francisco tour of The Phantom of the Opera, which ran at the Curran Theater from December 1993 to 1999.

He has also been the guest soloist with the San Francisco Symphony at their Summer Broadway Pops Concert, and can be heard on the CD recording of the opera Corpus Evita, singing the role of Juan Perón, which was nominated for a Grammy in 2005 for Best New Classical Recording. John has sung leading roles in over 70 operas, including Carmen, Tosca, Traviata, Gianni Schicchi, Barber of Seville, Marriage of Figaro, Noyes Fludde, Aleko, Ruslan and Ludmilla, Faust, Rigoletto, Magic Flute, Aïda, and two of the Kings in Amahl and the Night Visitors, along with his son Jeremy as Amahl. For the past eight Decembers he has traveled to Osaka, Japan performing at the Ritz-Carlton Hotel. He was a featured soloist on a 1993 PBS children's special performing his own composition, The Piano.

John Minágro is frequently seen in such genre of vocal music as Oratorio, Concert and Musical Theater. His theater credits include the roles of Bill in Applause, Abner in Li'l Abner, the Ghost in The Ghost and Mrs. Muir, Guido in Nine, and Don Quixote in Man of La Mancha. Both the Bay Area Theater Critics Circle and the Sacramento Regional Theater Alliance nominated John for Best Actor in a Musical.  In October 2007, at the San Francisco Opera, he created the role of General Howell Cobb in the World Premiere of Appomattox by Philip Glass. 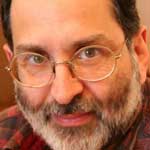 A graduate of Langara College’s Studio 58, Stephen is a Vancouver actor, singer, songwriter and activist of more years’ standing than he cares to count. He recently starred in the highly successful production of The Thing About Men at Presentation House in North Vancouver. Other recent credits include Buffalo Bill in Annie Get Your Gun for Theatre Under The Stars, Old Goriot and (with Joy Coghill) Poems to Love for Western Gold Theatre, the title role in JB and many principal roles over the course of The Shakespeare Project for Savage God Theatre, a number of principal roles for No Bells & Whistles Theatre, and TV appearances on The Guard, The L-Word and Supernatural. He helped organize and “co-joked” Palestine, Israel and Me: A Power Play at the World Peace Forum in 2006. He sang in the Vancouver Opera chorus for eleven years and sang solo roles in a number of their productions, including Candide and The Merry Widow.

Stephen Aberle sang in the premiere of Neil Weisensel and Michael Cavanagh’s delicious comic opera City Workers In Love. He sings with the Solidarity Notes Labour Choir and the Jewish Folk Choir. He is the proud creator of The Monster Child, a 48-verse ballad of love, hunger, jealousy, betrayal and global devastation, and The Dread Black Bull of Burrow, a shorter, whimsical ballad of less lofty theme. He and his beloved wife Kathryn are co-founders of MonsterChild Productions. Watch for their next presentation, coming to the Waterfront Theatre in November of 2009. 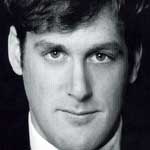 Recent performances include Carmina Burana with City Opera Vancouver, Messiah with Abbotsford Symphony, Britten's Company of Heaven with the Handel Society, works by Vancouver electronic composer Barry Truax, and concerts with the contemporary music ensemble New Music New York, and Erato Ensemble in Vancouver. As a recitalist, Mr. George has appeared in the U.S., England, and Sweden, and has taped a recital for Japan’s NHK network television. Upcoming performances include Messiah with Victoria Symphony, Bach's Christmas Oratorio with AURA chamber choir, Bach's St. John Passion with the Handel Society, and appearances with Erato Ensemble and New Music New York.

A specialist in contemporary music, Mr. George has sung several prestigious North American premieres, including the role of Hermes in Sir Michael Tippett's King Priam, Edgar Allen Poe in Augusta Read Thomas’ Ligeia, and Kenneth Leighton’s Symphony No 3. He also received acclaim for his performances of Tippett’s song cycles at Tippett festivals in Stockholm and Sacramento, and Benjamin Lees’ Echoes of Normandy, also in Sacramento. His recordings include the world premiere of Brent Michael David's Viola Jokes, with acclaimed violist Melia Watras (Fleur de Son) and Geometrics by L.Warde (Platso).

Described as “singing with pure tone, absolute clarity of diction and vivid characterisation", Robyn Driedger-Klassen is in high demand in opera and recital.  Seen on many Canadian opera stages, Robyn's roles span from Baroque to contemporary music. Also in demand for solo work, Robyn has performed Mozart's Requiem, Mendelssohn's Elijah, Handel's Messiah, Orff's Carmina Burana, Beethoven's Ninth Symphony, Haydn's Creation, and recently was the soprano soloist for a new work by Canadian composer Larry Nickel entitled Requiem for Peace, which can be heard in recording.

Recent operatic appearances include Sophie in Massenet’s Werther, Naiade in Strauss’ Ariadne auf Naxos, Mazelline in Beethoven’s Fidelio, and Alexandra in the Canadian premiere of Marc Blitzstein’s Regina. Robyn has received critical acclaim for her performances of the Countess Almaviva in Mozart's Le Nozze di Figaro at the Banff Centre, and with Seattle Opera’s young artist programme where she also performed the Governess in Benjamin Britten’s The Turn of the Screw. Having recently been acclaimed as the Female Chorus in Britten’s The Rape of Lucretia at the Britten-Pears Institute in Aldeburgh, England, the London Times wrote of her: “The soprano of Robyn Driedger-Klassen was outstanding in its impassioned embodiment of the drama.” Highlights for her upcoming season include a repeat performance of Larry Nickel’s Requiem for Peace with the Vancouver Symphony Orchestra, a recital with Vancouver’s Music on Main Series, and concerts with the Regina Symphony Orchestra. 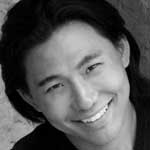 Originally from Winnipeg, Manitoba, Sam has just completed an exciting year with the Vancouver Opera Company.  He understudied the roles of Beppe in Pagliacci, and Jaquino in Fidelio, and performed the Roles of Parpignol in La Bohème, and the 2nd Villager in Pagliacci.

This year, Sam has enjoyed singing in Prokofiev’s epic work War and Peace with the Canadian Opera Company. Sam also looks forward to rejoining the Vancouver Opera Company for two shows this Season.  He will appear as Borsa in Verdi’s Rigoletto and the 2nd Jew in Strauss’ Salomé.  Sam has also been asked to again perform in Vancouver Opera’s Voices of the Pacific Rim Concert this February.  Recently, Sam had the opportunity to be a part of a ten month tour with the Vancouver Opera Touring Ensemble performing the World Premiere of Naomi’s Road.

Sam Chung has been described as “…powerful and appealing and wonderfully cast…” and was voted  “Best performance, by a supporting male singer, summer opera…”  Additionally, “He had a strong stage presence, and demonstrated a strong tenor voice that commanded our attention” -Operaonline.us and  “...stoked the opera’s expressive heat, singing with splendor” – Valley News

Megan Morrison’s diverse performance experience extends from classical opera to musical comedy to contemporary theatre. She studied voice at UBC and cut her teeth as an actor in numerous community theatre productions. She has since been singing and acting on Vancouver’s stages for several years.

Performance highlights include Dardano in Amadigi (Opera Appassionata), Rapunzel in Into the Woods (Patrick Street Productions), Hansel in Hansel and Gretel (Opera Appassionata) Ruth in Pirates of Penzance (DragonDiva Operatic Theatre), Zulma in The Italian Girl in Algiers (Burnaby Lyric Opera), Theresa in Boy Gets Girl (Wicked Awesome Theatre), Katisha in The Mikado (FVGSS) and Larina in Eugene Onegin (UBC Opera). As a member of the Vancouver Opera Chorus, Megan sang in their 2008-2009 season productions of Eugene Onegin and Carmen. She has also been engaged as a concert soloist with the Vancouver Bach Choir, Sea to Sky Singers, the Vancouver Baroque Soloists, and the Song Circle. Recently, Megan’s acting career has also taken her to several credits in television and voice-over. Megan is honoured to be a part of City Opera’s inaugural production and grateful for the opportunity to collaborate with the talented artists in this remarkable opera. 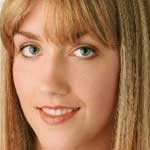 Alishia has been training in all forms of dance for over fifteen years and is thrilled to be involved in this production. She was a medalist when she danced with Team Canada at the World Dance Championships in Boston, and performed in The Nutcracker (Ballet BC/Alberta Ballet).  Alishia was also a dancer in the TV series Life As We Know It (Touchstone).  Other credits include Guys and Dolls (Gateway), Annie Get Your Gun (TUTS), High School Musical (URP), and Oklahoma! (TUTS). Next, Alishia begins her studies at the American Musical and Dramatic Academy in New York City.

Kayla Dunbar is currently a student at Langara College’s acclaimed acting program ‘Studio 58’. Before Studio 58, Kayla has been seen in many productions around Vancouver and the Lower Mainland. Credits Include: Anybodys in West Side Story (RCMT), Annie/Rose Seller in Oliver! (Vancouver Playhouse), Frenchy in Grease (TUTS), Phyllis Dale in 42nd Street (RCMT) and Sally Brown in You’re A Good Man, Charlie Brown (Blockhead Productions). Kayla is very grateful to be working on this exciting production with such a wonderful company. She would like to thank her family, especially Quinn Dunbar, for her passion and courage.