At first a professional actor working primarily in musical theatre, Peter has recently been establishing himself as a director.   Favourite directing credits include, The Baker's Wife (Applause), You're a Good Man, Charlie Brown (Blockhead Productions), Marry Me a Little (SPECK Theatre), Offenbach's Orpheus: Gone to Hell! (his own adaptation of Orphée aux Enfers produced by North Shore Light Opera Society) and most recently Into the Woods (Patrick Street Productions) for which he received a Jessie Award nomination for outstanding direction.  As a performer Peter has been seen on every major stage in B.C.  Highlights include She Loves Me (Jessie Nomination), Dames at Sea, and Beauty and the Beast for the Arts Club, No Great Mischief for The Playhouse, Cymbeline for Bard on the Beach, The Music Man and 42nd Street for Royal City Musical Theatre, as well as Forever Plaid (Jessie Award), Lend Me a Tenor, Leading Ladies and Guys and Dolls for The Gateway Theatre.

After Atlantis Peter is looking forward to a rich season of directing projects: The Full Monty (coming to the Norman Rothstein Theatre March 14th-April 5th) for Patrick Street Productions, Little Shop of Horrors for Persephone Theatre and Oklahoma! for Chemainus Theatre.  Peter is also a devoted teacher and mentor to many young up and coming performers.  He is the founder and program director of The Musical Theatre Intensive, which attracts some of the most remarkable young talent from around the province every summer, and he is thrilled that two of those students have joined the company of Atlantis.

Charles began piano at six, violin and trumpet at ten, when 14 wrote a piano concerto, at 15 first conducted an orchestra, and at 16 scored his first film. He has studied violin with Boris Zarry and Paul Kling, viola with Jaroslav Karlovsky and Bernard Zaslav, piano with Frona Colquhoun, arranging with Marty Paich, and conducting with George Corwin, Andor Toth and Carlos Kleiber. He apprenticed to Sir Charles Mackerras at San Francisco Opera (Semele, Rosenkavalier) and The Met (Makropoulos Case). Charles holds a BMus from the University of Victoria, and masters’ and doctoral degrees in conducting from Stanford University. His classical repertoire numbers some 220 works, and he created both American Classics and Canadian Classics for Naxos Records. As assistant to Marty Paich, he recorded and conducted for Stan Getz, Mel Tormé, Linda Ronstadt, Carly Simon, Dan Hicks, and Sarah Vaughn, and on such films as Prince of Tides, The Fugitive, Grand Canyon, Dave, Flatliners, and Alive!

He was the founding conductor of the Civic Orchestra of Victoria (1980), and across 20 years served as principal guest conductor for the Stanford, Santa Rosa and Stockton symphony orchestras in California, as music director of the Merced Symphony, and as guest conductor at the Palo Alto Philharmonic, North County (San Diego) Symphony, California All-State Honour Orchestra, San Francisco Concerto Orchestra, San José Lyric Opera, Townsend-Modesto Opera, Livermore Valley Opera, Stanford Savoyards, Novato Opera, and on tour with the Stanford Symphony in Japan, South Korea, and Singapore. He also conducted in Morocco and Spain.

He has been published by Cambridge University Press, New Grove, Rowman and Littlefield, and Carnegie Hall. Charles’ honours include the Vanier Award presented by the Governor-General of Canada, the British Commonwealth Award, and the Queen Elizabeth II Silver Anniversary medal. He is also Executive Director, Interim, of the Pantages Theatre Arts Society.

Janet Lea’s career has included work in radio, music recording, dance and theatre. While it is the creative side of the arts that continues to attract her, she grudgingly admits to having skill on the administrative side of the business. She most recently served as Director of Artistic Operations for Ballet BC. Prior to that she enjoyed a 21-year career at CBC Radio working as Director of Cultural Programs for British Columbia, Head of Music for CBC English Radio in Toronto, and as a Producer and Executive Producer of such shows as Disc Drive with Jurgen Gothe, Otto Lowy’s The Transcontinental, and Bob Kerr’s Off the Record. She also produced concerts for broadcast and produced several CD recordings.

Nora Kelly is the founding president of City Opera Vancouver.  Her first stage experience was as playwright/producer/director/star in her parents’ cellar. Since that moment of subterranean glory, she has been away from the stage. She’s written novels and short stories and, recently, a libretto. She joined the board of City Opera because a new chamber opera company with a future home in the Pantages Theatre was an irresistible project. As a result, she is now producing for the second time.

An Associate Professor in the Department of Theatre and Film at the University of British Columbia Bob Eberle specializes in theatre management and production. For 23 years he was concurrently the Director of Production for the Vancouver International Children’s Festival. He has worked in theatre, film, special events, and exhibit design.

Bob has been an active volunteer in Vancouver’s cultural sector. He served on the Steering Committee for the Carnegie Centre’s community play, In the Heart of the City. He has served on a number of committees for the City of Vancouver as a project adjudicator and consultant. Bob is an active member of the Canadian Institute for Theatre Technology (CITT) where he has served in numerous positions at both the provincial and national level. Currently he is a board member of the Pantages Theatre Arts Society dedicated to the rejuvenation of the old Pantages Theatre on Hastings Street.

A graduate of National Theatre School, Emily Carr Institute of Art & Design, Marti also has an MFA in Theatre Design from U.B.C.   After pursuing a film career she has now returned to theatre as the Resident Designer of Blackbird Theatre, where she has done the set design for Peer Gynt, and set and costume design for The Birthday Party and Marie Stuart. Her most recent work includes the set design for Patrick Street Productions Into the Woods, and set, costume, and mask design for Blackbird’s Hecuba and Pinter’s Briefs. 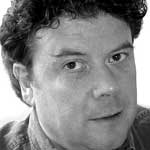 Adrian is a Vancouver based lighting designer who works in theatre, dance and opera.  Selected design credits include: Vancouver Opera, Ballet BC, The Vancouver Playhouse, The Electric Company Theatre, Touchstone, Ruby Slippers, Felix Culpa and Wild Excursions (Vancouver), The Belfry Theatre and Pacific Opera (Victoria), The Citadel (Edmonton); Theatre Calgary and Vertigo Mystery Theatre (Calgary); The Winnipeg Symphony Orchestra, Canadian Stage Company and Desrosiers Dance Theatre (Toronto) and the Charlottetown Festival.  He also teaches lighting and computer assisted drafting at Langara College’s Studio 58.  Adrian has been the recipient of four Jessie Richardson awards and numerous nominations for outstanding lighting design from the Vancouver theatre community and is a member of the Associated Designers of Canada. He currently lives in Burnaby and on Nelson Island with his long time and loving partner, Tracy Lynch.

Returning to Vancouver in 1986, Chris Allan has worked in stage management for all the city’s major theatre companies including the Vancouver Opera.  He is a member of British and Canadian Actors’ Equity and the Songwriters Guild of Great Britain. In addition to his work on The Dream Healer, Allan has written two musicals and is currently completing a play spanning the entire 20th Century about a Downtown Eastside house and the people who live in it.

Harvey De Roo, author of City Opera's new translation of The Emperor of Atlantis and of the supertitles for the production, is a retired professor of English from Simon Fraser University, where he also served as editor of West Coast Review. He is currently secretary of the board of City Opera Vancouver.