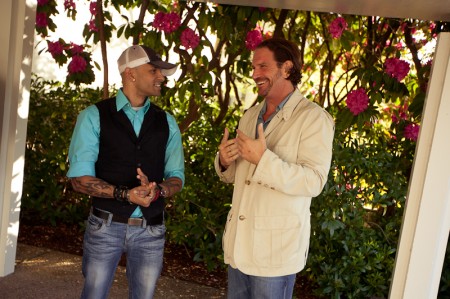 'Fallujah' is a two-act contemporary chamber opera that excavates the human and social effects of the legacy of the Iraq war. Through youth on both sides of battle, we follow mothers and sons reconciling with a war that changed their relationships forever. It exposes a daily fight for identity and belonging where PTSD is not experienced by a select few. It is lived by everybody involved: each Marine, their mothers, their medics, and the Iraqis they are both fighting and protecting.

The opera spans a 72-hour holding period in a veterans’ hospital following USMC Philip Houston’s third suicide attempt. His mother waits to see him outside his hospital room, but Philip has not been able to face her since he returned from war. The loyal marines he served with stand vigilant, more equipped to care for his particular demons than she. In these 72 hours, Philip’s battle is as vivid and deadly as the war in which he fought.

In the opening scene Wissam, a young Iraqi boy, enters his hospital room and, in a befriending gesture, writes his name on Philip’s hand. Suddenly one of Philip’s most humanizing memories becomes the catalyst through which he remembers how to live.

Philip’s hours in the hospital force him to face both past and present. Scenes fly back and forth to Fallujah, providing a rare glimpse inside real hearts and minds before one of the biggest battles of the Iraq War.

Act Two begins on the eve of the Battle of Fallujah.

Assuming heavy losses ahead, we see Philip and his fellow marines make final calls home to their families to say goodbye, without hinting at the horror to come. Nearby, Wissam and his mother must abandon their centuries-old family home. The act finally joins these worlds, these mothers, these sons, with each lingering “goodbye” reminding us just how much each character has to lose.

In a war where every heart is blown open, Fallujah questions who we become when bearing witness to violence and the relationships that piece us back together.

NB: 'Fallujah' received its American premiere at Long Beach Opera in March 2016, and its next production at New York City Opera in November 2016.